Wow, so it's totally been a while since i've posted on this. To mark my comeback, let's talk about something of equal importance.

So, a few days ago, Nintendo came out with a bit of news. No biggie, but Pokemon X & Y are in production. I know, right? So what..

Well, to be fair, my reaction was a little more like this. 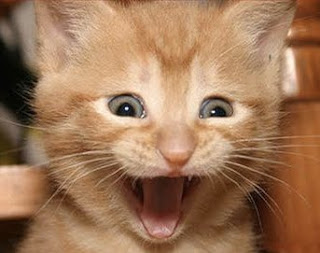 You can probably tell, i'm a little excited. Unfortunately for me, and the rest of mankind, we have to wait until October. Not many details are out at the moment, but here's what we know so far. 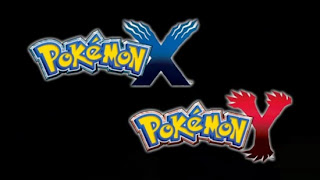 So it's called Pokemon X & Y, obviously. The starter Pokemon have been revealed;

Fennekin reminds me of a cross between Vulpix and Eevee, but regardless it looks like i have myself a new starter favorite. Step aside Charmander!
Now, Froakie and Fennekin remind me of something i would expect from first & second gen Pokemon, which happen to be my favorite generations. Maybe a sign of good things coming?

And in one word. Wow. Normally i don't look forward to capturing or even seeing legendary Pokemon, but this one has instantly become one i look forward to. Maybe i'm just a sucker for pretty colors.


This one doesn't seem new to me at all. I mean, it just reminds me of Gen Three legendaries. Sorry Yveltal, you're not for me. Try being a bit more like Xerneas and maybe i'll love you just that little bit more.

Now if you compare the shapes of these legendaries with the shapes of the X & Y logos, you'll notice they're very similar. I would assume that these will be the unique legendaries only available in each game.
The trailer also indicated that you will be able to capture Pokemon from other Generations as well.

That's all for the creatures, let's move onto the game.

It will only be available on the 3DS, due to it's amazing 3D modelling and whatnot. There will also be a dynamic battle camera, which means the Pokemon will actually react differently, depending on the attack, in it's own small cutscene. When you see the trailer, you'll understand why it's exclusive to the 3DS.


As far as i'm aware, this is all the information that's been released so far. I'll embed the youtube video for the trailer below, so that you may have your mind blown just as much as i have. Mark your calendar and start crossing off days, it's going to be a slow year..